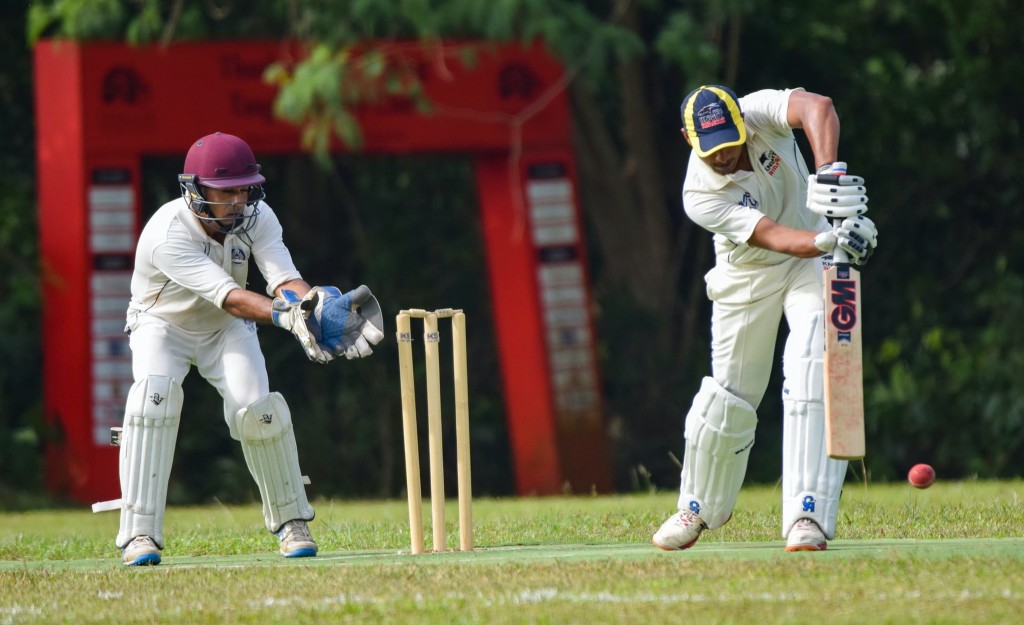 On Saturday Hill’s 2s welcomed back their skipper, Joe Porter, from a driving range induced one match absence, as they travelled to the exotically named Stoke D’abernon to resume battle after going head to head at the top of division 5 last term. Batting first the skipper tucked himself down the order to protect his dodgy joint and was rewarded by a team batting effort that showed some much-needed maturity in the face of some testing bowling, on a sporting deck.

An opening stand of 45 between Jake Wood (30) and Charles of the Netwon Savages (17), set things up before Jake decided to fire up the BBQ, leaving CNS with a walk back to the Bob Willis pavilion. With his brother away buying more watermelon based products, Tom Coates moved up the order and hit a composed 42, before Scott Mitchell strode to the crease looking like an AT-ST Walker on Hoth (Google it) and took Hill from 127/5 to an eventual total of 228/8 with a fine 52. Supported by 24 from Mike Murton and an unbeaten 22 from the skipper, Mitchell’s half century gave Hill good reason to eat tea in confident fashion.

In reply General #3 Jimmy Everett opened up off his shortest run, with his top on and shades in place he soon had the home batsmen in all sorts of trouble, bagging three cheap wickets with movement and bounce. Meanwhile Jack Fullicks was roaring in at the other end and matched Everetts’s victim tally to reduce Stoke to 40/6.  Murton and Exworth were then introduced into the attack as home skipper Earl and number 8 Harris set about rebuilding, helped by too many four balls from the follically challenged pair. Exworth then found his length and generated three untaken chances before a cleverly disguised ‘slower bouncer’ saw Earl hole out to Mitchell at square leg.

With Murts whipped from the attack, Mitchell added a run out to his bumper fantasy points for the day and Coates added a wicket to go with two slip catches and his earlier runs; Exworth then produced a sharp left handed caught and bowled to wrap up a comprehensive 122 run win for Hill’s seconds who now sit third in the Div 4 table.