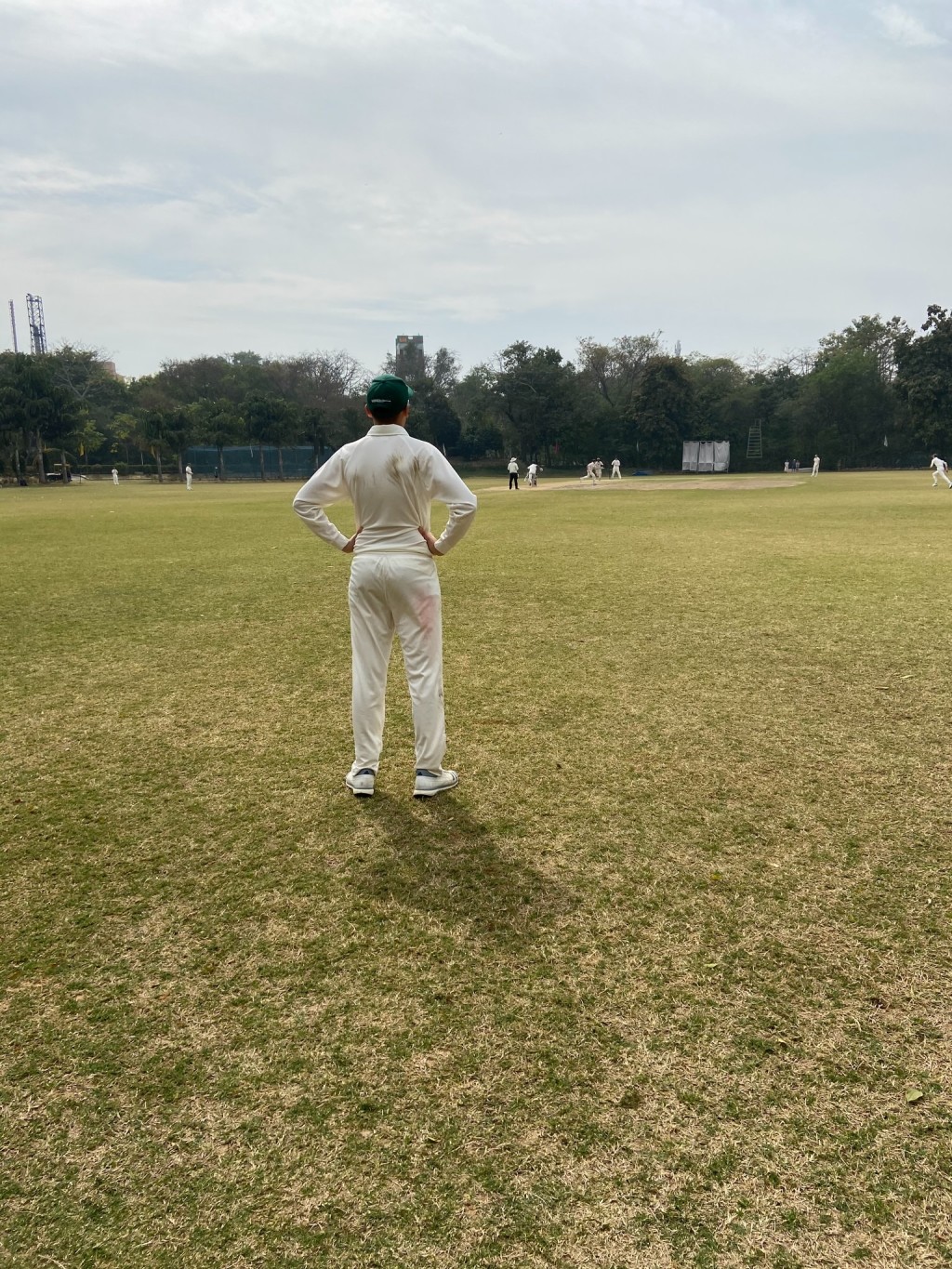 Staines and Laleham won the toss and decided they wanted the Hill to chase, the opposite
of what captain Ports wanted to do.

A good solid opening bowling partnership of Ryan McCartney and Kishor Kumar
Bheemanathini set the tone for the Hill.

Early pressure began to tell when a complete mix up between the opening pair saw them
both end up the same end and a throw by Adam saw the bails taken off by Lewis Cole
behind the stumps.

Before a good partnership saw Staines get to 104-1 before Dave Coates made the
breakthrough cleaning up one of the set batsmen.

Joe Ayley then picked up the wicket of top scorer and the skipper for 64 bowling him
through the gate.

McCartney then came back into the attack with some good death bowling got the two
wickets that he deserved to help peg back Staines and Laleham.

Although some pre-season cobwebs still needed brushing off as the Hill let Staines and
Laleham get to a competitive score with some sloppy fielding.

The Hill got off to the dream start with Mike Murton and John Cadogan getting off to a good
solid platform.

After surpassing a 50 partnership JC was the first man to go for 37.

Mike Murton continued his fine innings; quick wickets of Adam and Max meant a little
wobble for the Hill.

Murts got to his maiden 50 for the club, however it was 50 and out for the opener in what
was a fine innings.

Before a very strong partnership between Kishor and Skipper Joe Porter swung the game
back in Hampton Hills favour.

This 70-run partnership saw the Hill home with some power hitting from the pair leaving
Kishor and Joe on 40 off 34 and 29 off 38 respectively. Giving the Hill another win for the
season to round off a successful preseason.

Next week the league campaign begins with the 2s travelling to Merton in a promotion
pushing year for the side.

Batting first the 1 st XI built several strong partnerships throughout the innings. A 50
partnership for the 2nd wicket between Sones and Bennett. Sones made 50.

Harry Coates batted well in the middle overs for 45 and then James Boulton came in
and hit 42 off 35 balls. 231 was a very good score on a poor wicket against some
decent bowlers.

In the field, James Boulton took a wicket in the first over with a beauty top of off.
Fallows removed the other opener.

JNS quote “burgled” twofer and Kash finished them off.

Was a good fielding performance in the wet and they never really looked like getting
near the D/L score.

For the third time in a row the 3 rd XI passed 200 runs. Having won the toss, Nally elected to
bat on the same pitch that saw 400+ runs yielded the previous Saturday.

A slow start against some wayward bowling saw Dustin go early trying to force the pace on a
pitch that the ball was just sticking in. Owens came in & played well as he has in all the
warmup games, cutting loose after tweaking a muscle and was lucky to escape a run out
chance but then was caught behind off his glove.

Puri couldn’t find his timing but he battled away with Ajmal seemingly getting little of the
strike. Nally joined Ajmal in what was the key partnership in posting 200 runs. Aj, powered
his way to 50 & beyond before being bowled going for a heave over mid-wicket Nally giving
him as much of the strike as possible.

Sykes joined Nally & struggled like Puri before his short stay was over having played early on
one that stuck in the track & dollied it up for a simple catch. Dan & Nally saw it through to
the 35 overs.

Tahir was his usual accurate self, opening the bowling with new player George Barrett & we
soon had an early breakthrough. George, struggled to control the booming inswing, but
bowled with pace & making Neil work behind the stumps.

First change saw the spin of Charlie & the seam of Daniel, both bowled well but the fast
outfield helped Switchhitters keep up with the run rate.

The return of George with the introduction of Nally slowed the run rate as we picked up
wickets. Daniel bowled his last two overs tightly & Tahir finished the innings with a caught &
bowled then a straight one that the batter was trying to hit into the bowling green.

Roll on the league next week, when hopefully the scoring app will behave!

HHCC 4s unfortunately rounded of the friendly matches with a loss to Kingstonian. However,
a team filled with colts from U12 and up stuck to the task.

Put into bat, a solid start against an all-spin attack was broken when Gavin was caught
behind, quickly followed by Farooq bowled round his legs by the leggy.

Some solid and resistant batting steady the ship and eventually saw Hill to 162/7 from their
40. With a debut senior 50 for Louis McCartney.

In the field Hill made an amazing start with Andrew Blair taking 4 quick wickets. However,
Kingstonians rallied and some solid hitting quickly turned the tide and even though Archie
Knight and Ben Porter got into the wickets, they got home with 6 overs to spare.

The 4s now go into the league next week for the first time.

POTM: Louis McCartney 50 not out

HHCC won the toss and put Roehampton into bat.

Tommy Rance and Mae Bush opened the bowling and kept it tight for 8 overs. Tommy
getting good pace and Mae good wicket to wicket.

The 2 Steels took over and both bowled 4 tidy overs with Freddie the pick, good flight, and
length.

FS got the first wicket with false stroke by the opener and good catch by Tommy Rance.
Joe Steel picked up the second with juggling catch by Alec Barry (hints of circus music
playing in the background!)

Ben Donald bowled 4 very tidy overs for not many runs and unlucky not to get a wicket
Alec Barry also bowled a good 4 over, bit more pace on his tweaks and picked up a wicket
caught well by Rory Gordon.

After dropping a skyer Howard managed to hold onto one off Tommy’s bowling as he
brought him and Mae back on to finish the overs off (apologies to Jamie Fitz!!).

Jamie and Ben opened. Ben faced quite a few but using his grandads’ bat couldn’t get it off
the square and was out bowled, ball come down off his bat and hitting pad then onto the
stumps.

Jamie made a tidy 20 then tickled one behind. The rest puffed around a bit but MOTM was
Ben Blackshire who hit a well organised 28 and mention for TR batting for 15 not out as he
ran out of partners.